MURRAY TINKELMAN: The Greatest Ever 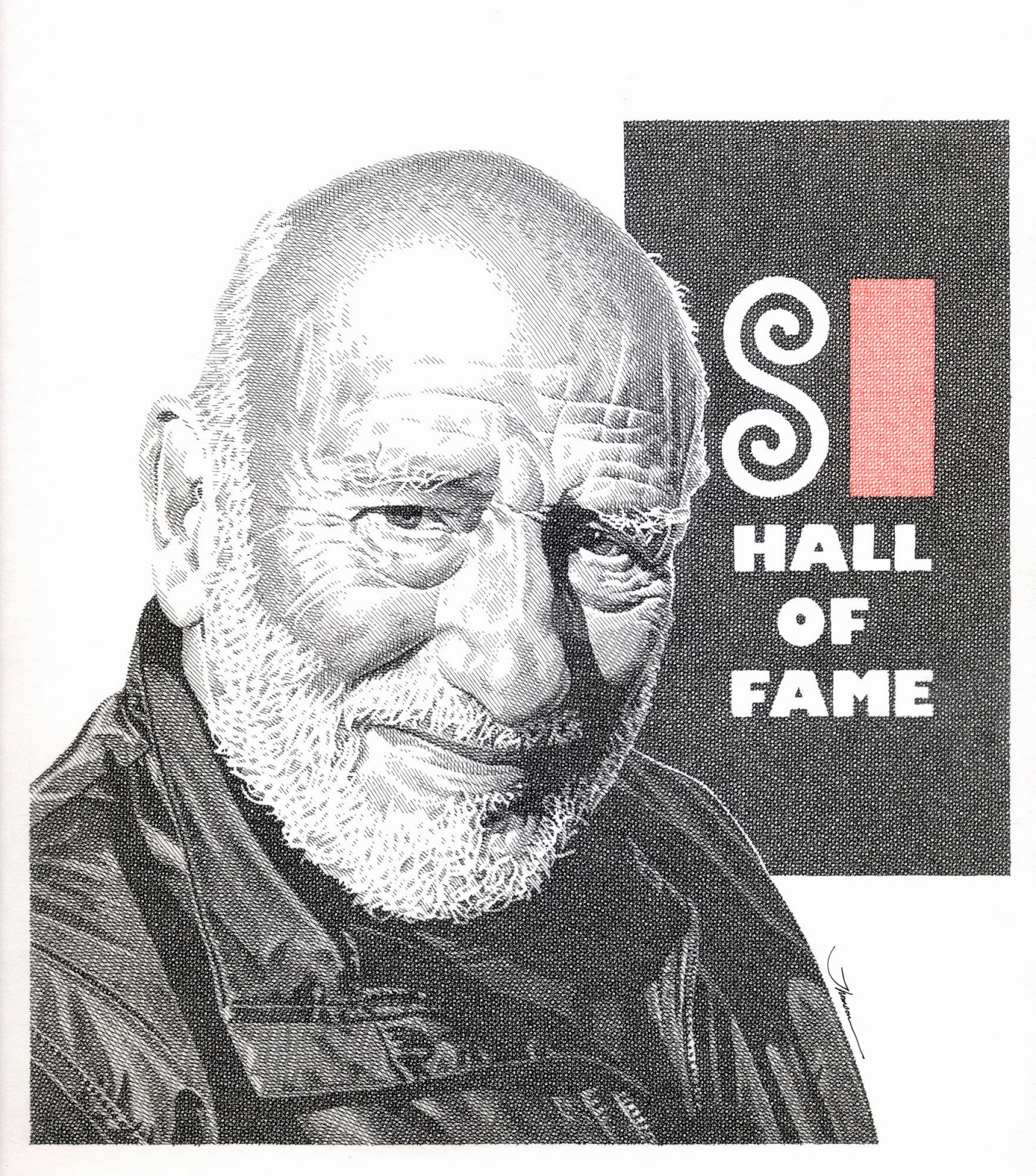 When Murray Tinkelman was inducted into the Society of Illustrators Hall Of Fame, his presenter, Anelle Miller, invited all of his former students in the audience to join him on the stage. Nearly half of the event’s attendees rose and filled the platform. I was honored to have been part of that privileged group. Murray has had a remarkable impact on the field of illustration as both an artist and educator, and I feel extremely blessed to have been mentored by such an extraordinary artist and person.

When I packed up my bags and moved to Syracuse University in the fall of 1981, I wasn’t sure which artistic discipline I would pursue. I was just a kid that loved to draw and hoped to develop the talent God gave me. Since no one in my family had ever pursued a career in art, my only certainty was that I wanted to avoid becoming a member of the dreaded “starving artist” community.

The direction of my life was forever altered when I took my first illustration class with Murray Tinkelman. Simply put, Murray is like a force of nature. His unbridled enthusiasm and passion for illustration is both inspiring and infectious. Blending his vast knowledge and entertaining wit, Murray is a mesmerizing communicator and brilliant teacher. Murray opened my eyes to a whole new world, and I immediately became captivated by the subject that it had been my good fortune to stumble into.

Murray’s teaching is much like his art. At the core of his artwork is the simplest of artistic marks- - a straight line. But it is how Murray utilizes a common pen stroke that results in something quite remarkable. With meticulous care and consistency, he weaves an exquisitely crafted tapestry of lines, intersecting at diverse angles, to create astonishing and memorable images.

Similarly, Murray’s teaching relies on another simple and equally consistent premise-- love. Like the lines of his artwork, his genuine love for his students and illustration are ingrained in every aspect of his teaching. Murray takes great care to develop each student as a unique individual artist and equip him or her with the diverse skill sets needed to be successful. Murray’s uncompromising standards raise student self-expectations and provide motivation to achieve more than they ever thought possible. His absolute faith in his students fosters their self-confidence and inspires their growth. Murray also possesses an encyclopedic knowledge of all aspects of illustration and transfers his wisdom and passion of the discipline to his students. His students learn how to “squint” and how to effectively visually communicate their ideas, and if they do it well, they might even make Murray’s “belly button smile”.

As a student and throughout my illustration career, Murray has been one of the most influential people in my life. The foundation of my professional career was built in his classroom three decades ago and those artistic lessons continue to be vital to me today. Equally important, Murray also taught me a great deal about myself and helped to shape the person I have become. He is much more than a teacher to me. I consider Murray to be the father of my professional career and I love him like the dear friend he is.

When I began teaching illustration at the Hartford Art School fourteen years ago, I was initially frustrated. I wanted to provide my students with the very best possible educational experience, but comparing my teaching to Murray’s, I felt inferior in every respect. I came to realize that I was being unfair to myself. Having had the wondrous good fortune of being taught by the greatest living educator and ambassador of illustration, anyone would fall short in such a comparison. While I can never replicate the nuances that make Murray’s teaching so uniquely effective, I can follow his example. By caring for each of my students and being totally committed to their development, I honor Murray and the profession he taught me to love. Any student of the great Murray Tinkelman can do no less.

(An essay originally written for The Art of Murray Tinkelman, Baseball, Rodeos & Automobiles exhibition catalog for the Norman Rockwell Museum)